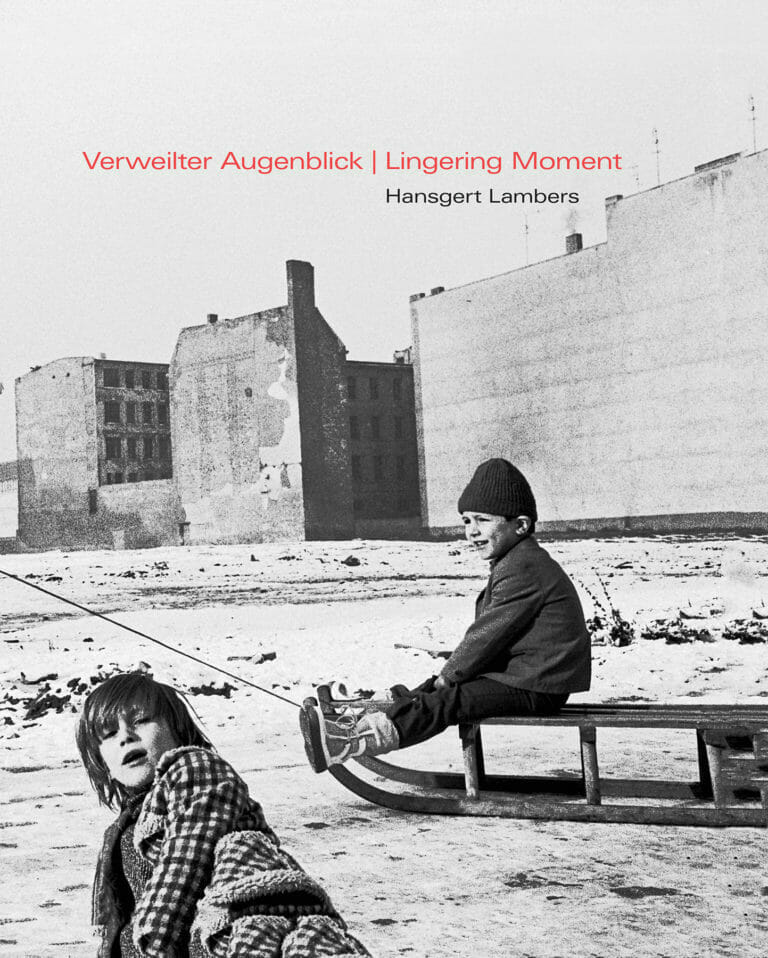 In the street photography of Hansgert Lambers (*1937 in Hanover), which he took over seven decades in Barcelona, Berlin/GDR and West Berlin, Bologna, London, Ostrava, Paris and Prague, his interest in people, characterised by humanism and curiosity, is palpable. Happiness, eroticism, sadness and the hardships of life can be found in his pictures as states of existence belonging to the human condition.

Whether his photographs capture the discrepancy between the anonymity of huge housing estates and the solitary presence of a child at play, or the intimate happiness of a rather inhospitable environment in Ostrava in the former ČSSR, his images tell stories that unfold in the minds of the viewers.

Hansgert Lambers never devoted himself professionally to photography. Although he photographed almost all his life, his work is still to be discovered by many. Lambers describes himself as a "lover of photography" and devotes himself to it not only as a photographer but also as a publisher (ex pose Verlag) and reviewer.

Hansgert Lambers, *1937 in Berlin; lives and works in Berlin.