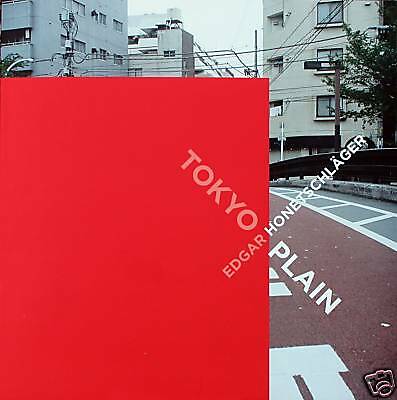 The Austrian artist Edgar Honetschläger, often driven by jet lag, wanders through a still deserted Tokyo in the early hours of the morning. The sky is grey and overcast, only a few passers-by still show themselves in the narrow streets. This is how he shows the city to which he moved in 1991 and which he likes to call his own. "His" Tokyo is everyday Japan: the real city instead of the media cliché. Single-family houses with a half-metre garden strip instead of skyscrapers; relics of rural-rural culture in the big city instead of Blade Runner - Futurism.

As the author of the texts - experiences and incidents from life in the Japanese metropolis, as well as zen-like, meditative observations - he also seeks islands of tranquillity in the megalopolis; they are inserted into the book like bookmarks between the pictures, which were taken with a deliberately simple medium-format camera.

Edgar Honetschläger, *1967 in Linz; lives and works in Vienna and Tokyo.