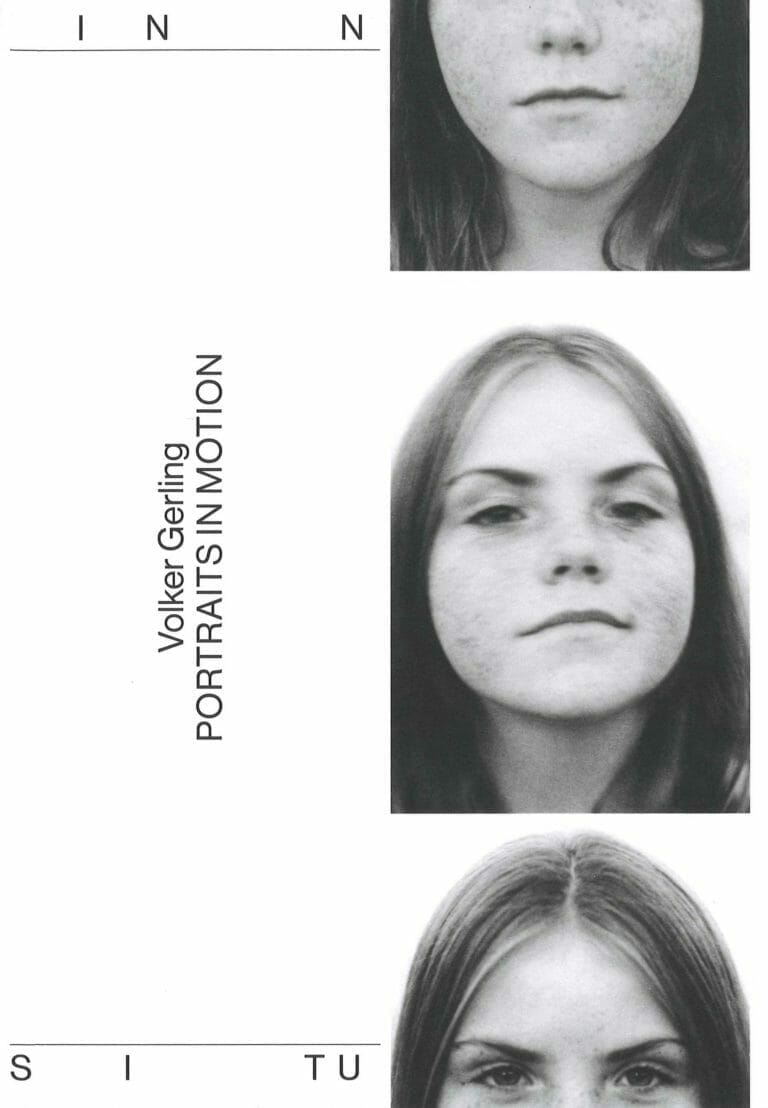 "A camera projects the sequence of images onto the screen, and so the audience witnesses the miracle of a face unveiling itself. (...) Volker Gerling has created a new form of portrait art with his flipbooks," writes the Neue Zürcher Zeitung. His snapshots are poetic blinks of exactly 12 seconds in which his analogue camera exposes an entire 35mm film of 36 shots.
For the first time in an extensive personal exhibition, INN SITU is showing the extraordinary portrait works of this artist between film, performance and classic black-and-white photography. In addition, new works by the German thumb cinematographer, as Volker Gerling calls himself, were created in the course of wanderings in Tyrol and Vorarlberg. Accompanying the exhibition in the INN SITU series at the BTV Stadtforum Innsbruck is this publication with an overview of his work.

Volker Gerling, *1968 in Hilden, Germany. Lives and works near Berlin.